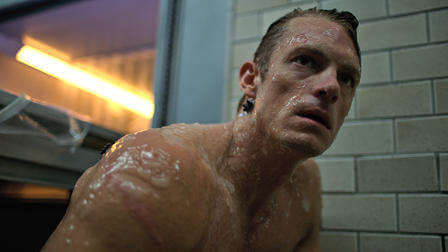 Altered Carbon has been renewed for a second season, and a second Kovacs. Netflix’s popular sci-fi adaptation set in the distant future where AI is old hat and bodies are as replaceable as cars, will officially be back for a new season. Spoilers to follow for Season 1 of Altered Carbon.

The first season starred Joel Kinnaman as Takeshi Kovacs, a former member of a rebellion army imprisoned for his crimes, who is released to solve the murder of one of the richest men in the world. It was action-packed, surprising, and super trippy.

The replaceable nature of bodies in the story allows the showrunners to recast a character as many times as they want, which often brings up questions of identity and mortality. In the second season, Kovacs will be played by Avengers actor Anthony Mackie, and we’re hoping he brings some of his Marvel magic to the show.

Many questions remain about how Netflix will approach the upcoming season. It’s unclear whether Martha Higareda will be back to play the tough but damaged cop, Kristin Ortega, or what Takeshi will do with his time now that he’s a free man. One of the biggest reveals at the end of the season, however, was that Quellcrist Falconer, the leader of the rebellion and the love of Takeshi’s life, may actually be alive out there somewhere, so we’re hoping that they address this information next season.

An official release date has not been announced for Season 2 of Altered Carbon, but we’re really excited to see what Mackie brings to the role and the direction the show will take in the new season.