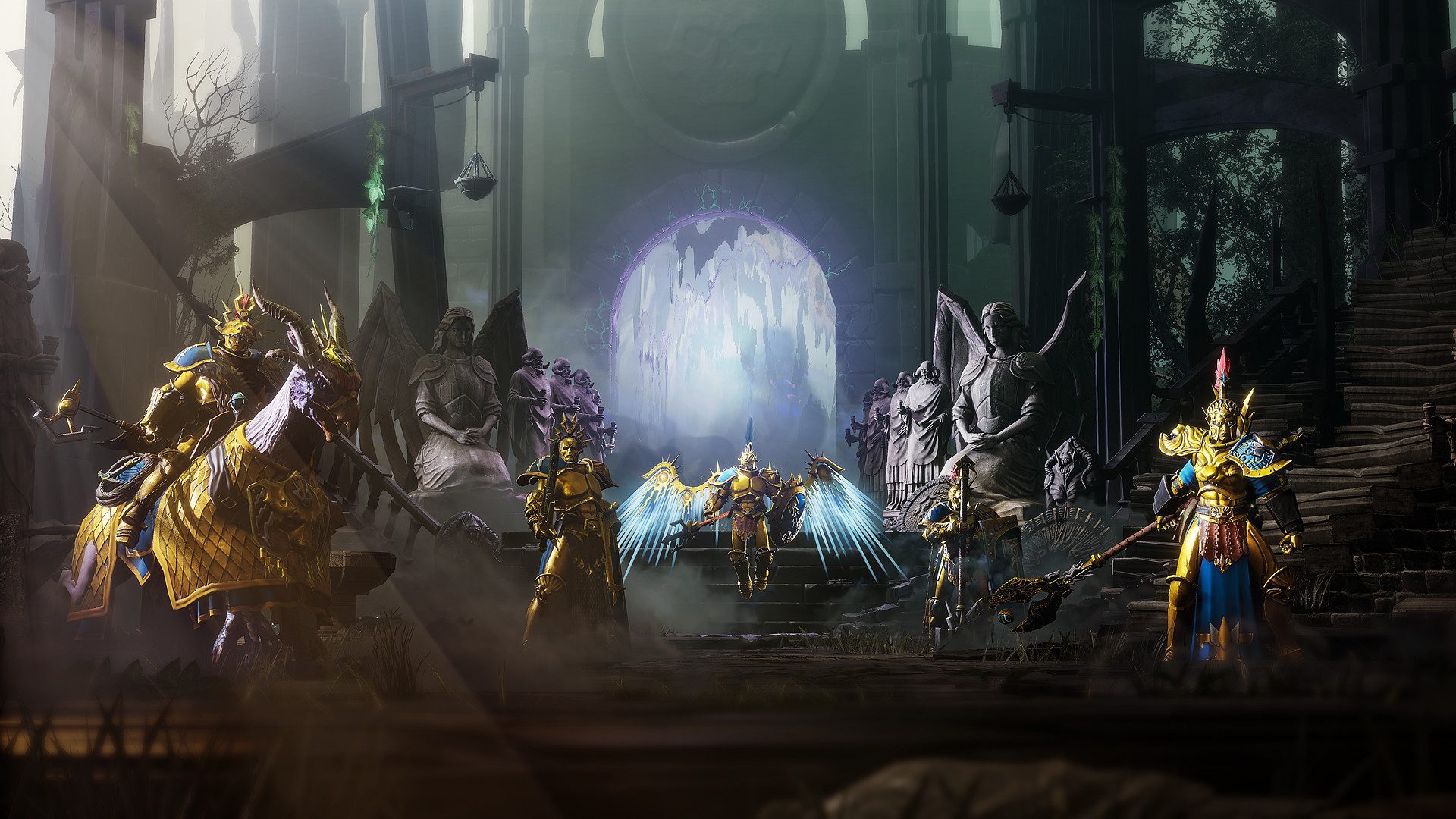 Welcome to the Mortal Realms! With Warhammer Age of Sigmar: Storm Ground, we at Gasket want to bring dynamic turn-based combat with strategic depth, where every piece at your command can be used in a variety of ways during fast-paced, decisive matches. With our game releasing tomorrow, we can’t wait to see you in the ever-changing realms.

If you haven’t seen it yet, be sure to check out our latest Overview Trailer to learn more about the freedom of playstyles, with a huge variety of approaches to every army and battle.

Whether playing through the endlessly replayable solo campaigns with roguelike mechanics or fighting online against other players for dominance in online PvP matches, you’ll discover a wealth of challenges, rich mechanics, and customization options. Here are some tips on how to overcome your foes and survive in the brutal environment of the Mortal Realms.

Unit adjacency bonuses will affect armor, damage, and health. Hills, hazards, and other units all affect the outcome of combat. If you step up to attack a squad while standing next to a hazard, you might find yourself knocked into it on the next turn. You can mitigate this by positioning troops to prevent enemies from occupying the spaces that would allow that position; it can be worth giving up a potential attack if it means protecting your hero from death.

Ranged units like Castigators and Chainghasts can be modified to penetrate armour, increase damage, or set fire to their targets. Heavily modified units do cost more to field, so sometimes it can be worth keeping a slot empty in order to field them earlier. Battle after battle, you will learn about the enemy’s weaknesses and equip your units for the dangers that await you. Sometimes a simple skill swap is enough to make the difference between victory and defeat.

Power lets you field units and Divine Acts, but unspent power converts to Aethyr which lets you use magical abilities with your fielded troops. Do you field early troops to let you capture wellsprings that raise your power and aether resources, or do you commit your hero to an assault taking advantage of their abilities. These are all choices that will affect the outcome of each fight.

The Lord Celestant can summon a powerful Stardrake to the field, and strafe a row of enemies, and Endless Spells like the Purple Sun are both gorgeous to look at and explosive to field. The Stormcast Eternals, Nighthaunt, and Maggotkin armies are fantastic to play in all meanings of the word. But your most powerful abilities, such as transforming your Maggotkin of Nurgle hero into a giant and devastating Great Unclean One takes several turns, costs a significant amount of power, and leaves the unit vulnerable during the incantation. It’s up to you to choose the best time to invoke these powerful techniques by protecting your ally or incapacitating the opponent during this time.

Each run of the campaign will be different: there are hundreds of items to earn in both the campaign, as well as in online multiplayer. Your army, items, and skills all benefit from investing time in finding more options to field. Whether you are fighting through the most difficult encounters of the campaign or squaring off against skilled opponents online, there is more to earn across the entirety of Storm Ground. On top of that, the campaign is filled with dozens of journals to discover – these character-narrated accounts offer a great introduction to the universe of Age of Sigmar.

Some units have armor that protects their health from damage. Without special abilities or powerful attacks, they will be a challenge during battles. Consider equipping your troops with abilities that can break or pass through these protections. Not all of your units are able to pierce through the enemy armor as easily as your Heroes. Make sure they can deal with it to increase your supporting unit’s damage output. However, armor never completely protects a unit – there’s always a chance that an attack will find a weak spot.

Cash in on caches

Loot and Lore caches can be found on most battlefields, granting additional items and bonuses. They are sometimes hard to reach, but the reward may be worth the risk. It’s up to you to decide which unit you want to send to get them. Be careful though – since your opponent can also claim the loot, and chests disappear at the end of the battle if no one has claimed it. Each cache glows according to the rarity of the items inside and grants you powerful weapons, armors, abilities and lore elements to discover the secrets of the Mortal Realms.

Not all actions are immediate

While most attacks deal damage right away, certain skills are delayed. Anticipating your enemies’ next moves will allow you to deal higher damage later. Some units, such as the Stormcast Castigators, have powerful delayed field attacks. It is often wiser to ambush your opponents by luring them (sometimes even against their will with certain abilities) into your trap. Delayed abilities are a great way to control the pace of a fight if you want to get the most out of it.

Prepare to battle in Warhammer Age of Sigmar: Storm Ground tomorrow on PlayStation 4.